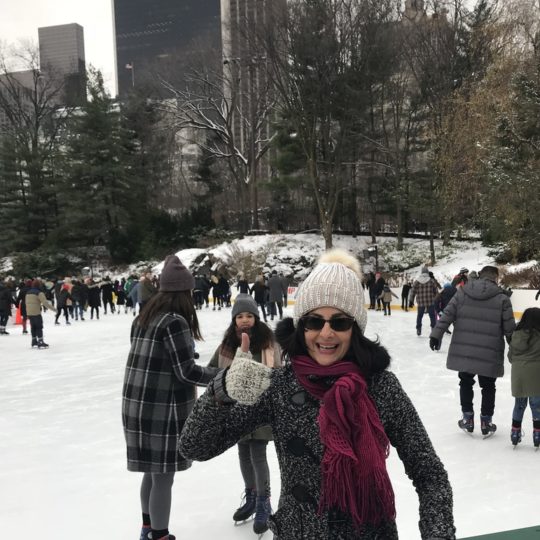 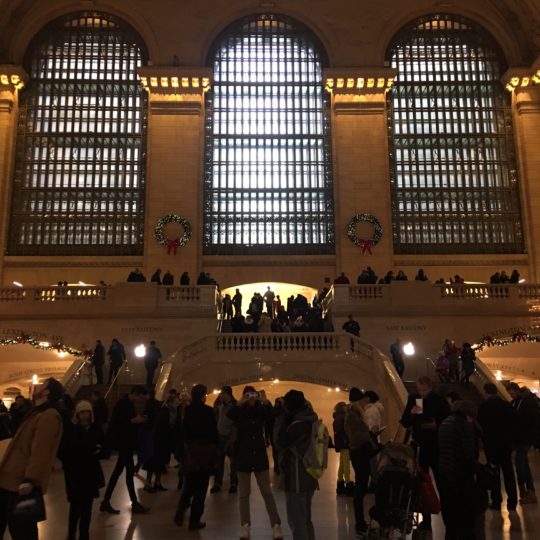 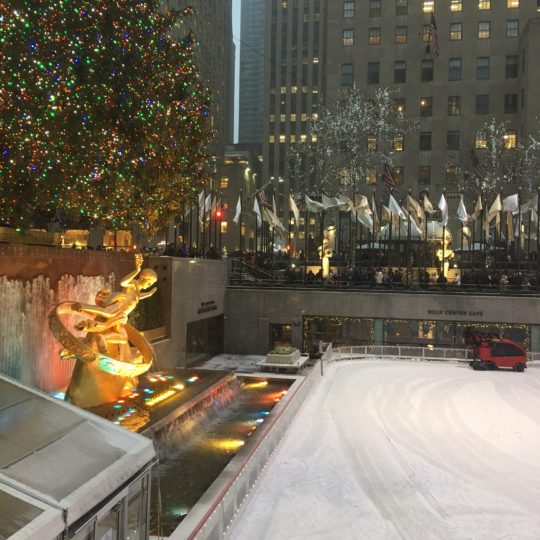 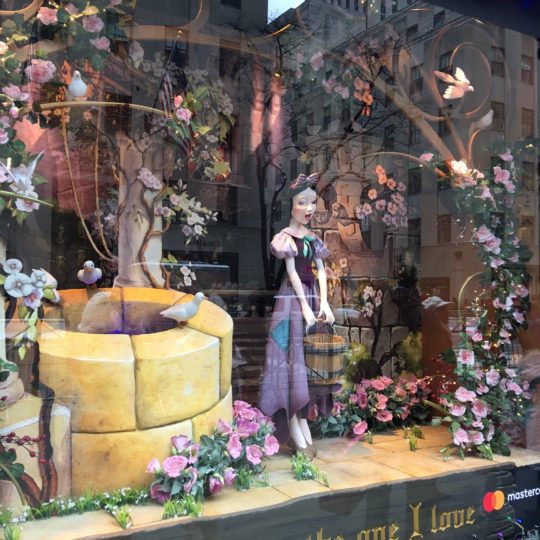 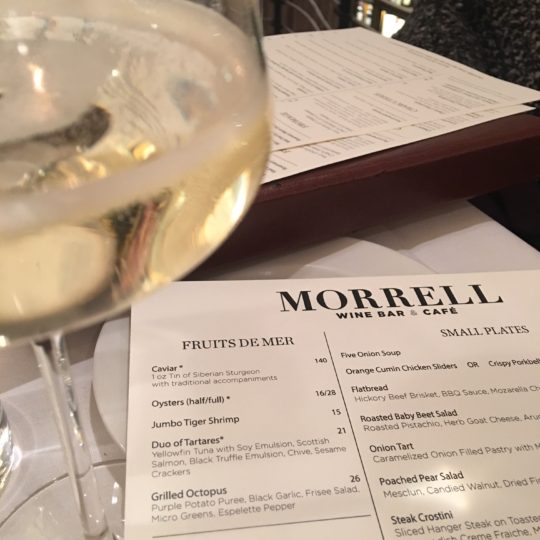 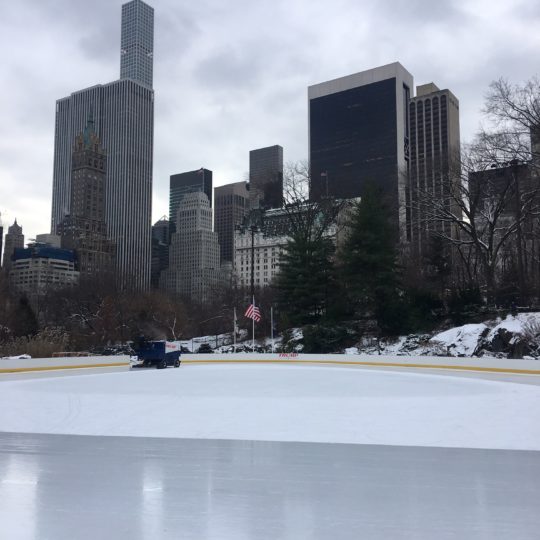 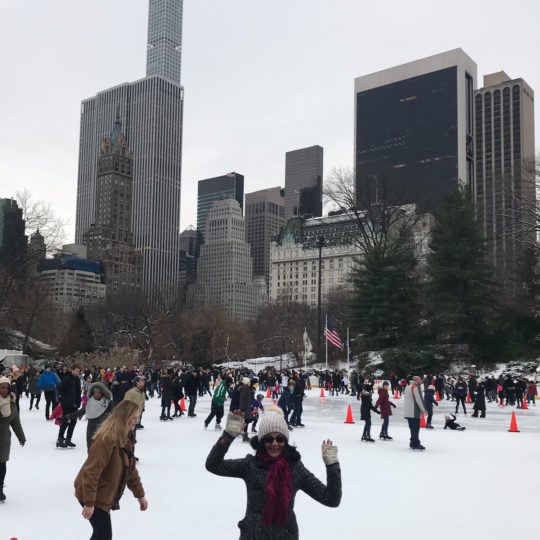 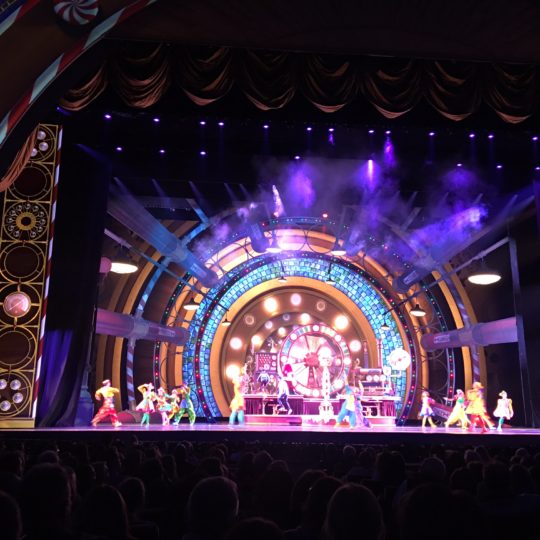 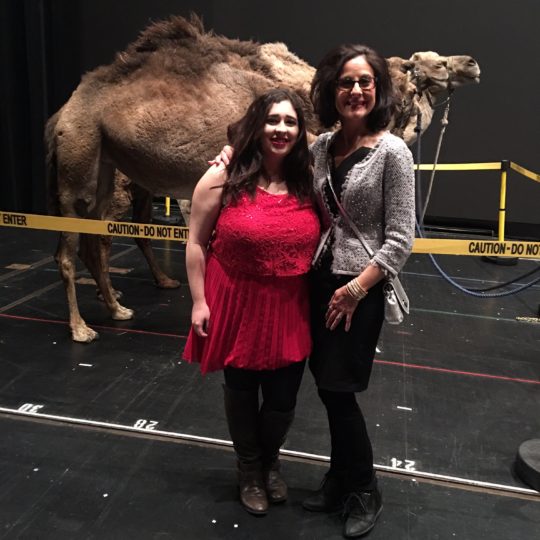 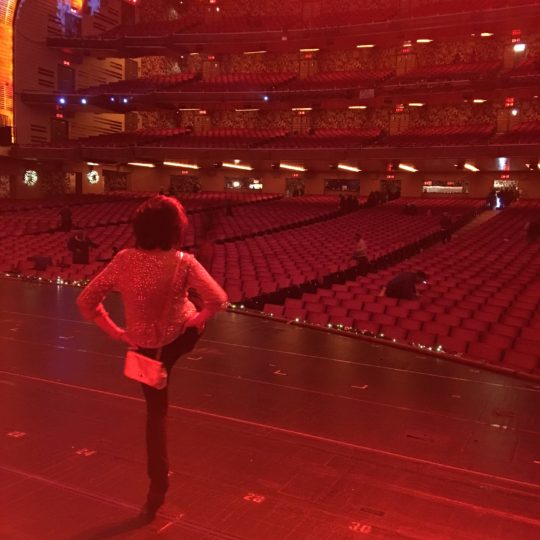 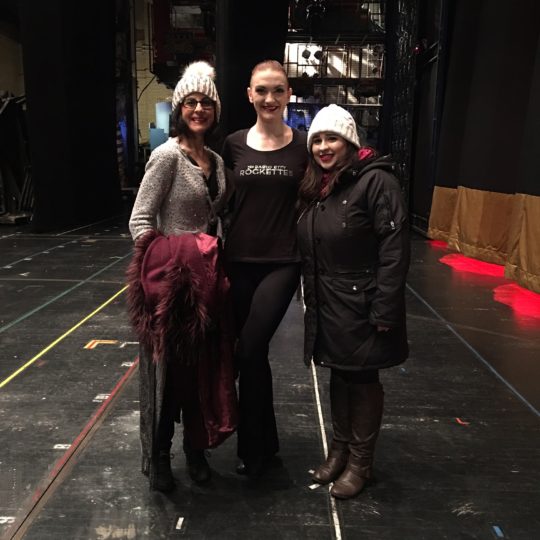 Do you have a “bucket list?” I don’t really like the name, but technically, it is a list of things you want to do before you die.

Recently I was able to check something off my own personal “to do” list. I think I prefer to call it a “dream list” or something much more fun and light-hearted!

I had always wanted to go on a wintertime trip to New York City, and I decided this was the year! Fortunately I had a willing accomplice—my niece!

I’ve been to New York plenty of times—but never amidst the beauty of winter. Somehow, all the amazing architecture and the iconic buildings look even better with a light dusting of snow. And, with Christmas coming in just two weeks, I found everyone to be festive and in good spirits so the entire city seemed even more friendly and magical. Places like Grand Central Terminal and Rockefeller Center were so crowded, and people were loaded with shopping bags, bumping into people was inevitable. But, everyone just said “Merry Christmas” and went on their way. Of course, the windows at Saks Fifth Avenue and Macy’s and all the department stores were decked out and decorated, and the huge Rockefeller Center Christmas Tree was amazing! It was 75 feet tall and this year it came from State College, PA. There is an arborist that scouts the trees years in advance, and the owners of the tree must agree to donate it for this special occasion. It’s something everyone should see.

My niece and I had some great meals (I found a few wonderful wine bars, including Morrell’s) and we met up with some of her extended family. I found an Elizabeth Arden Salon, the Red Door Salon, and got an amazing pedicure—I’d say the best one in my life! I did some reading on Elizabeth Arden, a female entrepreneur herself, who built a cosmetics empire in the early 20th century. She was a true pioneer for her time and I was inspired by her story.

Perhaps the best thing I did…well, there were actually two things that I had always wanted to do. First, I went ice skating in Central Park! As a young girl, I was part of an ice skating drill team at the C.E. Orr Ice Arena in Euclid.  It had been a dream of mine to skate here, or at the famous Rockefeller Center rink. It was everything I’d imagined and I was able to create a new memory for myself.  Afterward we found a few seats at the famous Tavern on the Green restaurant, where we enjoyed listening to a talented singer belt out 40s tunes, and watching a father and daughter impress the crowd with their swing dancing.

The second thing I did was see the Rockettes Holiday Spectacular show. Our tickets included a backstage visit and we were able to walk on the stage where, of course, I did my own high kick on the same Radio City Music Hall stage as the legendary Rockettes! Talking to some of the performers, I learned that they have to try out every year and some of the women have been performing as a Rockette for as long as 18 years!

We packed a lot in two days and I was grateful to have the chance to spend it with my niece, making new memories that I hope she will cherish. I know I will.

Taking some time at the end of 2017 to reflect, and to try some new things was invigorating for me. I am setting some new goals for our business and I plan to cross a few more items off my personal bucket list in 2018 too.

I hope your holidays were everything you had hoped for. I’m looking forward to moving into 2018 with a strategic plan for growth that inspires creativity and meaningful connections and delivering work to our clients that will keep them saying “WOW.”