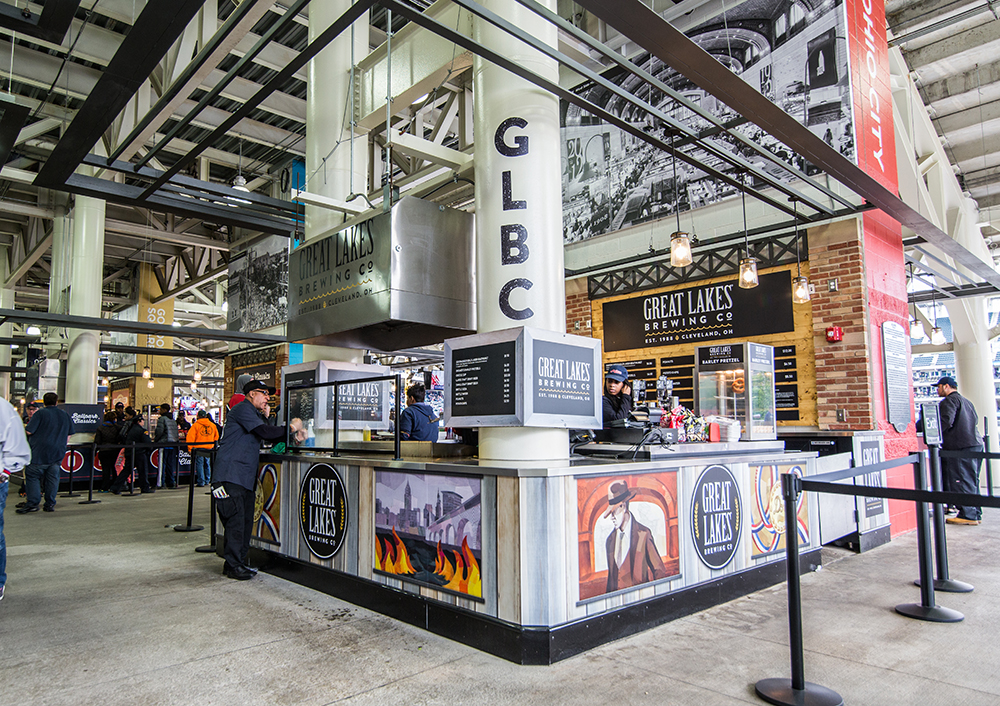 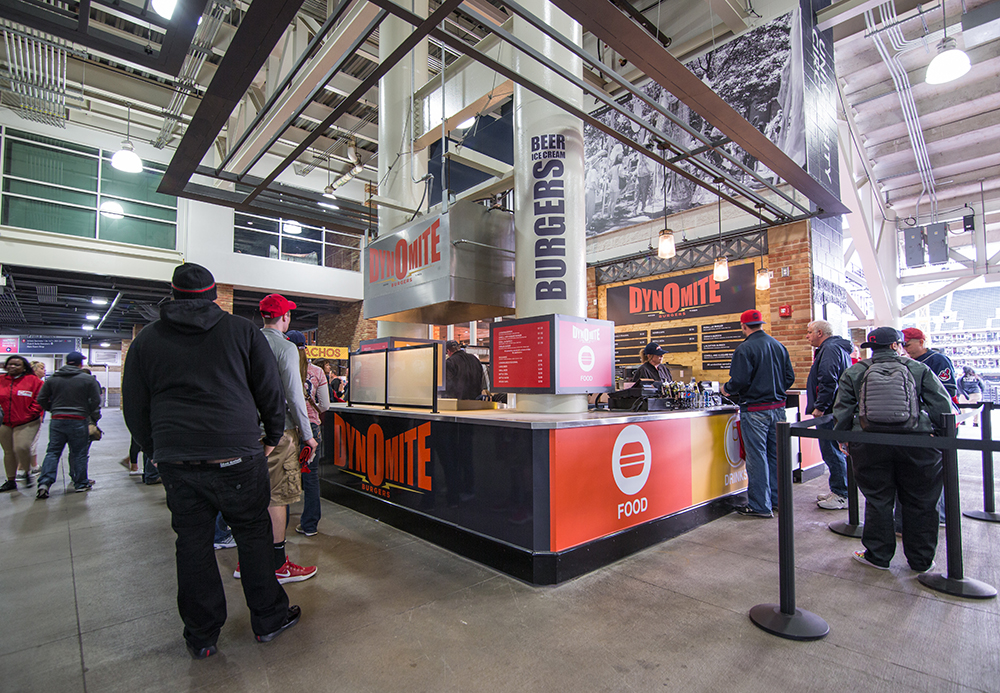 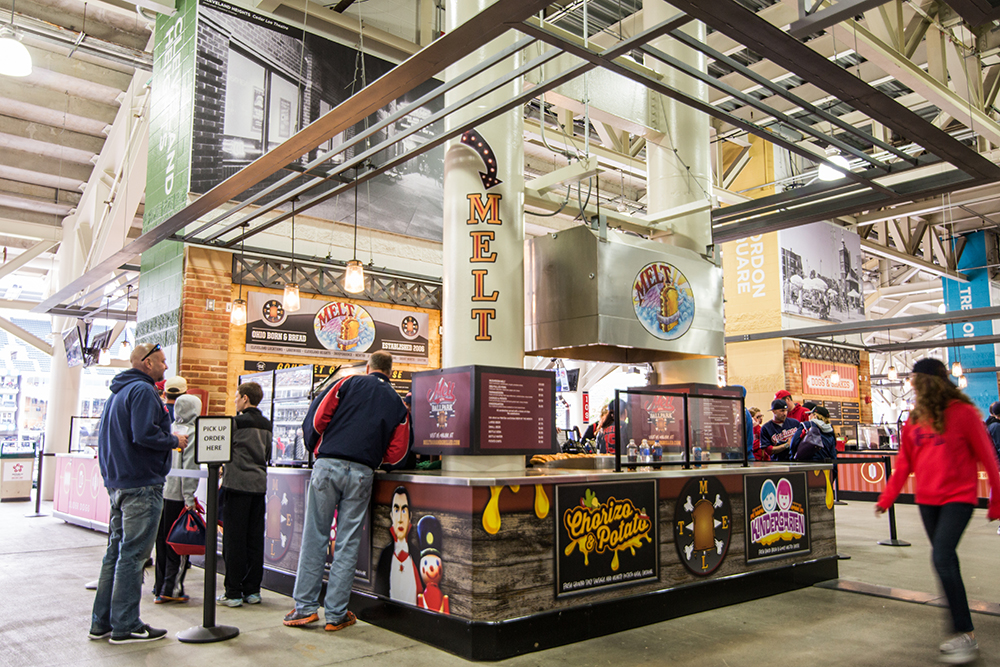 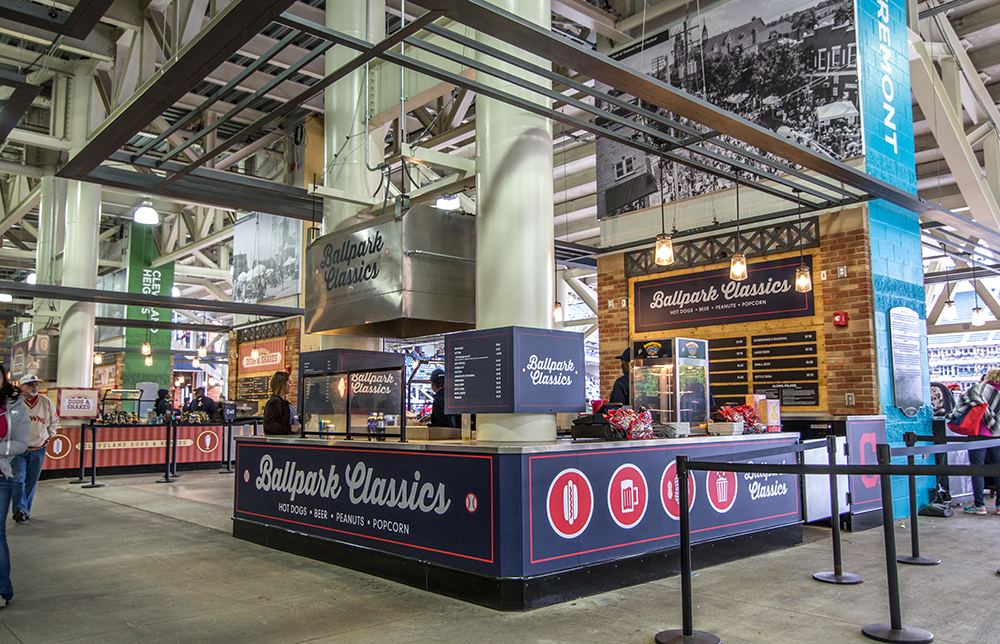 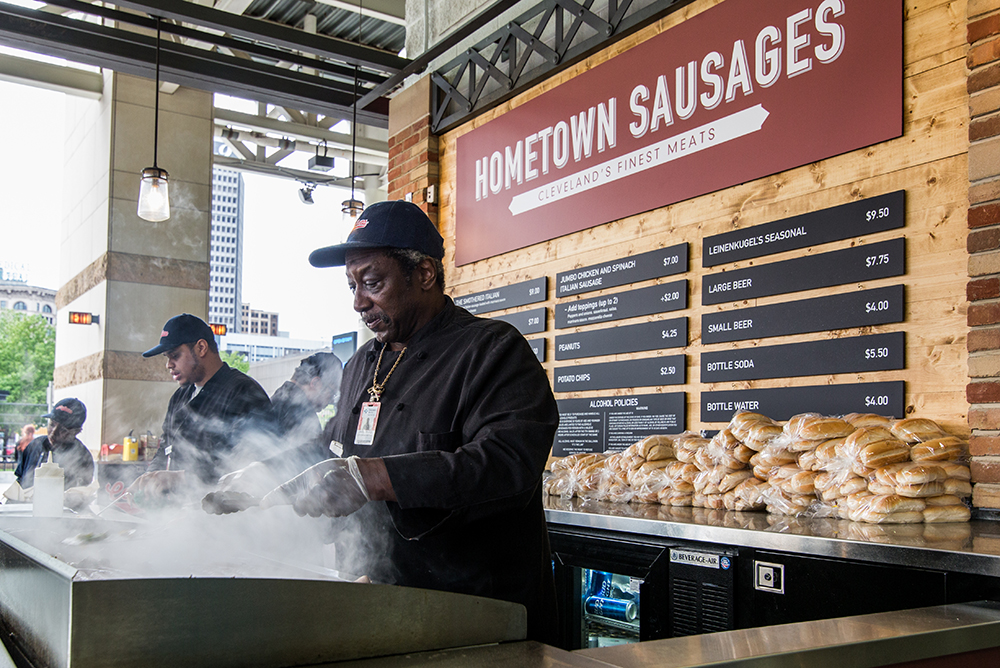 In 2014 the Cleveland Indians enlisted our help to envision a new public space within the ballpark that would debut in the 2015 season. Working together with front office personnel, we developed a fan-friendly space that paid tribute to five distinct neighborhoods in the city and a popular “foodie” destination within them. The result was a “marketplace” of popular branded local restaurants all within the Right Field District of Progressive Field. We developed a cohesiveness of multiple brands within the existing architecture and aesthetics of the ballpark with a variety of banners, signage, concession decor and even historical plaques.